Hvar Town is the “new” town on the island of Hvar. It’s a major international destination, frequented by the rich and famous.

We started by pulling up by a small island nearby for our swim stop. The beautiful surroundings never got old. 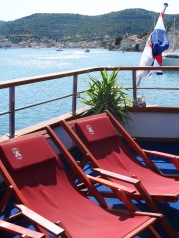 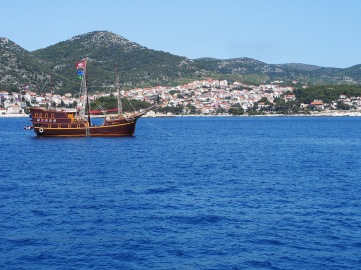 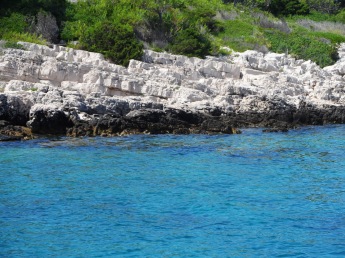 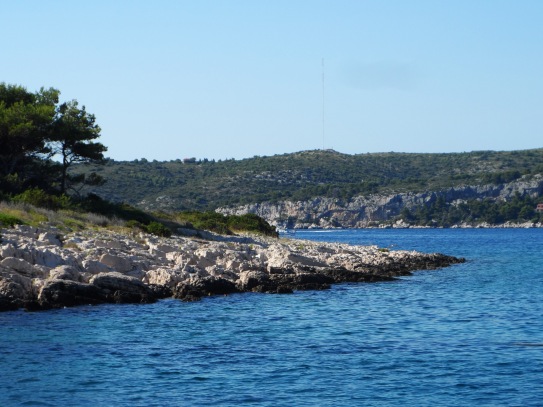 Then it was time to explore the town! The city was completely stone, like several other Croatian cities we’d seen. It also featured a fortress, constructed in the 16th century. 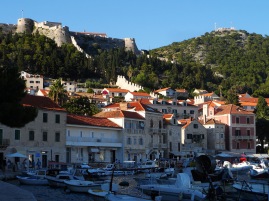 Time to climb up the hill to the fortress! Did I mention it was hot and muggy?

Made it! Phew! (And just in time for Golden Hour!) 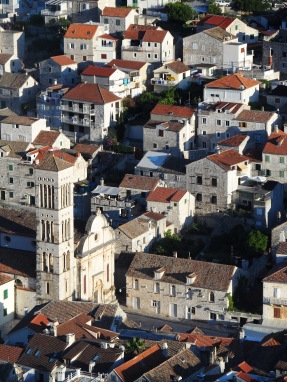 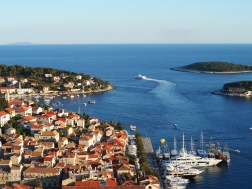 Top it off with some complimentary drinks with my shipmates and it was a really great day! (I didn’t get a picture of the row of flaming shots, darn.) 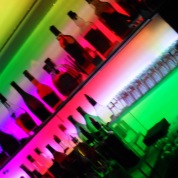 Be sure to check out the other stops on my week with Sail Croatia!
Mljet
Korčula
Stari Grad Hvar
Vis

This entry was posted on March 13, 2015 by Erin Elaine in Croatia, Photos, Travel and tagged croatia, photos, travel.