First, I went to the Titanic Museum. I thought it was incredibly thorough and well done. I would definitely recommend it for any history buff or Titanic buff.

It was arranged chronologically, starting with the general shipbuilding history of Belfast. Then it covered the designing of the Titanic, the building of the ship, the decorating, the launch, the voyage, the crash, the sinking, the rescue, and the aftermath.

I learned a ton! 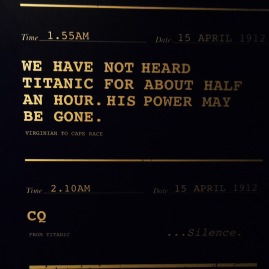 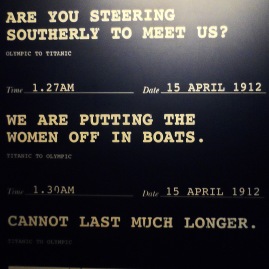 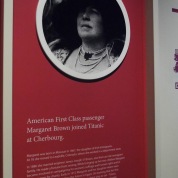 In the afternoon I went on a black taxi tour. We learned about the history of “The Troubles” a period of intense violence between Catholics and Protestants in Northern Ireland. The Troubles are over now, but some tension remains.

Above are two murals in a Protestant area. They’re quite violent.

Flags were EVERYWHERE in the Protestant neighborhood. 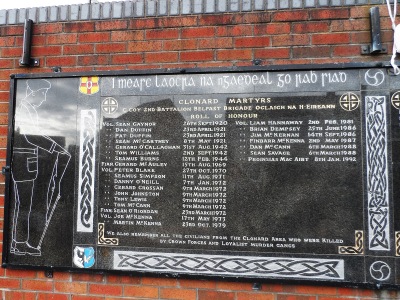 A memorial plaque in a Catholic neighborhood. 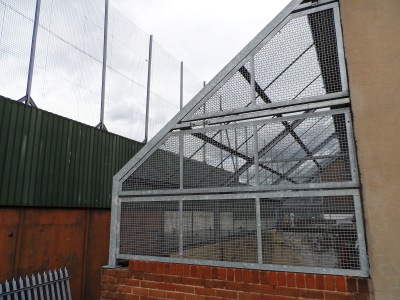 A caged-in backyard in a Catholic neighborhood, in response to bombs that had been dropped into backyards. This is how they keep their kids safe while playing in their own backyard. 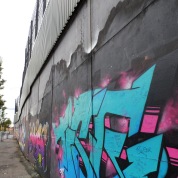 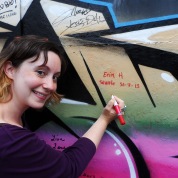 After this “Peace Wall” was erected between the Catholic and Protestant neighborhoods, much of the violence stopped. It proved to be a workable solution and the people of Belfast are generally supportive of keeping the wall up. It’s still locked at 9pm every single night!

That’s all for the city of Belfast. I was only there for about 24 hours. The following day I went to the Giant’s Causeway, which was so beautiful. That will be in the next post. 🙂