Florence is one of the most historically significant cities in Italy. It is considered the birthplace of the Renaissance. It is full of Renaissance architecture (the famous red dome of the cathedral) and Renaissance art (Leonardo Da Vinci, Michelangelo). On top of this it’s simply a beautiful, laid back city. The pizza was cheap and delicious, the gelato was plentiful and yummy, and everywhere you looked were quiet cobblestone lanes lined with local shops. I will definitely be returning to Florence – it’s tied with The Cinque Terre as my favorite place in Italy so far.

The Florence Duomo (Cathedral) and the magnificent view from the top of the bell tower. I definitely recommend climbing the bell tower rather than the dome itself, if you’re looking for good views. It was a pretty tiring climb at 1pm with temperatures in the high 80s F (30 C)! 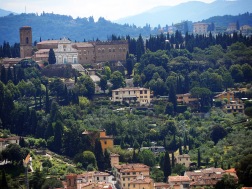 The streets of Florence

The streets of Florence

Florence had the best gelato by far. I forget what flavors these were, but they were delicious! 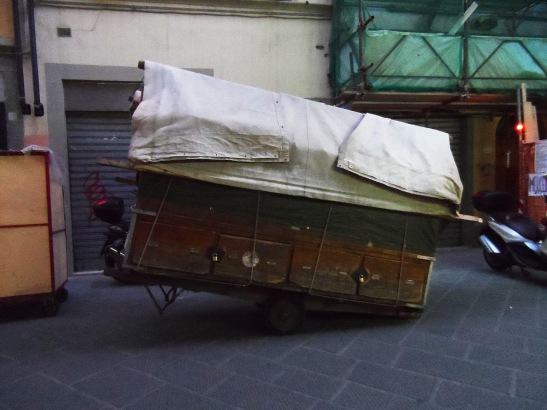 These old wooden merchant carts were so neat. Here is one all folded up ready to be rolled away.

Here are the carts in action, all furled out with canopies and drawers and shelves and hooks carrying belts and purses and coats and all kinds of different leather goods. (not my pic) 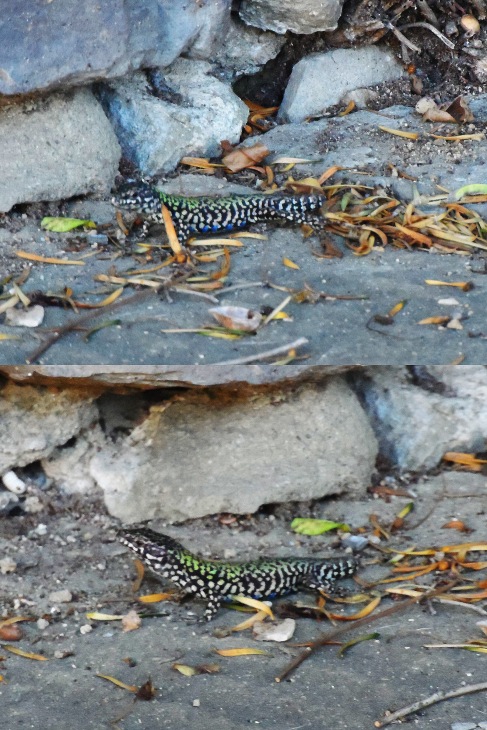 I spotted this little guy and had to sit still for quite a while as I waited for him to peek his head out and then hide again as people stomped by. Eventually there was a lull and he came all the way out.

What a great view of the Duomo! 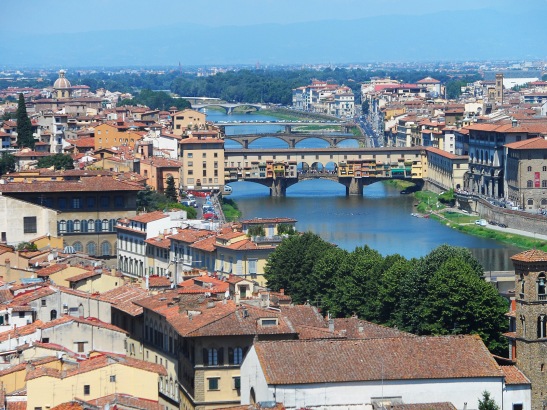 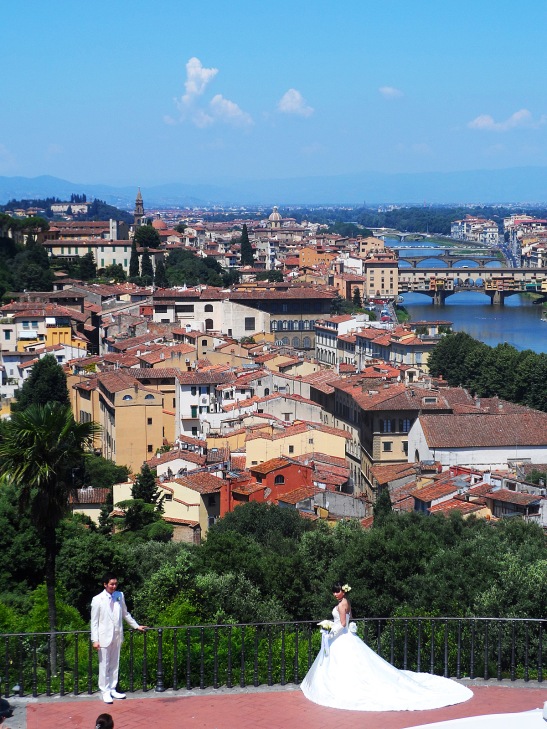 These must have made for some gorgeous wedding photos.

Me with the Duomo in the background. 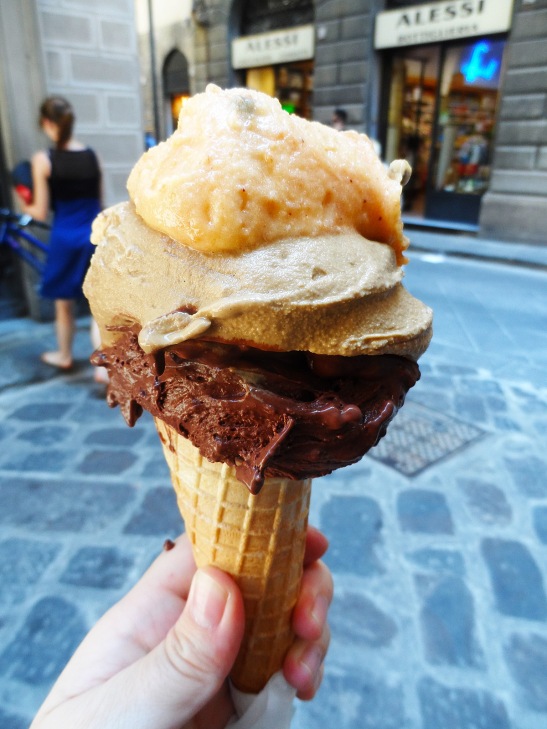 Gelato! On top was Amaretto with chocolate chips, then Espresso, then Dark Chocolate. YUM!

“The Birth of Venus” 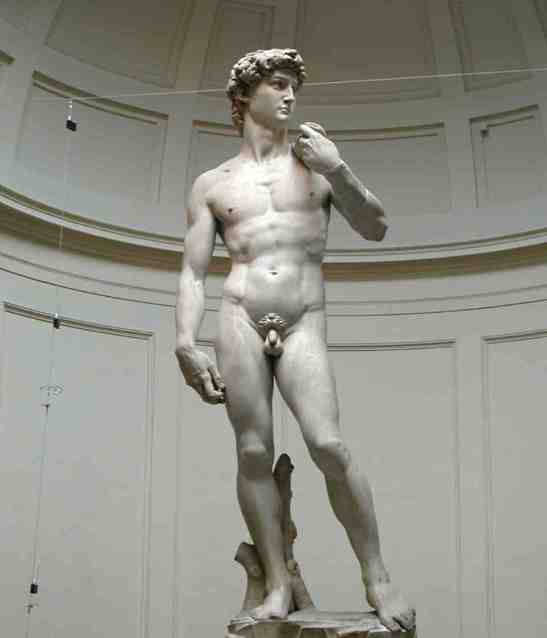 Michelangelo’s “David” – This was just astounding to see in person. It is absolutely flawless and magnificent.