Granada and the Alhambra (April 2013)

My friend Julie and I decided that mid-April would be the best time to visit the Alhambra – warm enough for helado but not so warm we would be dripping with sweat; beautiful spring flowers; less crowds than on a puente. And we were right! I think it was the perfect time to visit Granada. We had a great time and the Alhambra was just as breathtaking as I imagined it would be.

We arrived late Friday night, and after finding our hostel (White Nest Hostel, great prices and great location!) we went right to sleep, knowing we had to arrive at the Alhambra by 8am the following morning.

Bright and early Saturday morning, we hiked up to the Alhambra. I’m glad we did that while it was still cool out! This was the first truly warm weekend we’d had this year, so even though it was only in the mid-70s, doing a lot of walking in jeans made it feel hotter.

The Alhambra is an absolutely breaktaking display of architecture. It is one of the most revered buildings/complexes in Europe, and definitely one of the most iconic sites in Spain. And after visiting it, I can see why. I could’ve spent a week here, just staring at the buildings, the fountains, and the gardens. It was wonderful.

First we toured the Nasrid Palace, built in the 1300s while the Moors ruled Spain. The wall-carvings are as intricate as lacework, it is truly stunning to see. 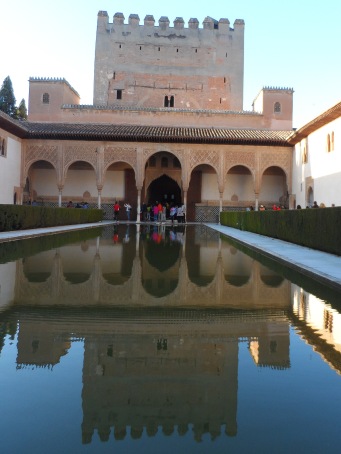 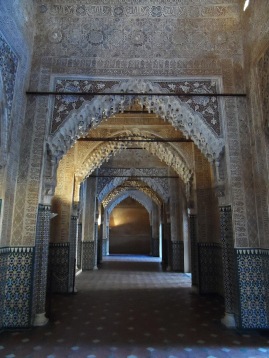 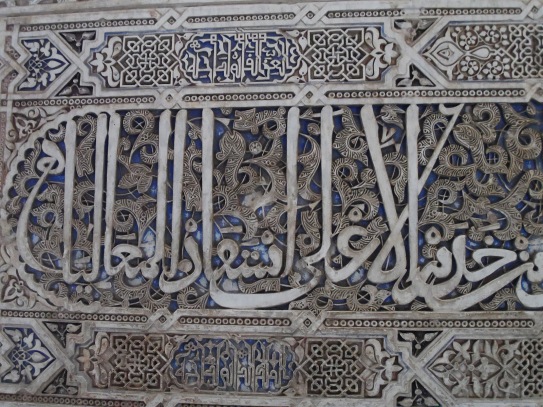 Next we climbed the tower for an amazing view of Granada and its old “Albaicin” neighborhood. Granada is a really adorable city, I loved looking down at all the tiny white houses with Spanish roofs and flowers on their balconies. 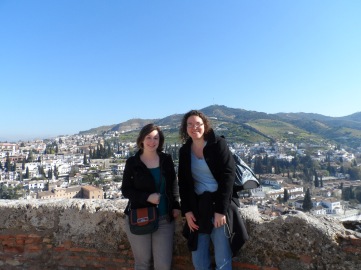 After this we explored the Generalife Gardens (pronounced “hen-er-ahl-EE-fay”) which were beautiful and so peaceful. These were the private gardens of the Sultan, and I kept imagining this being my own private royal garden. It was a fun thought. These gardens truly were a beautiful and refreshing refuge from the heat. They are also filled with fountains and water flowing by your feet constantly, as water is sacred to the Muslim religion. 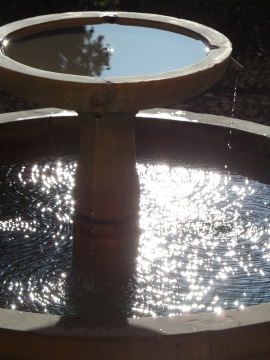 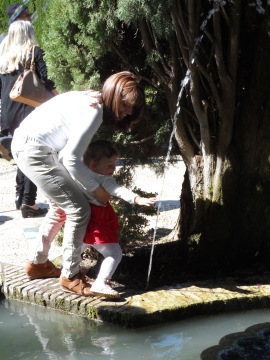 Later that day we had some delicious food and explored Granada a little. 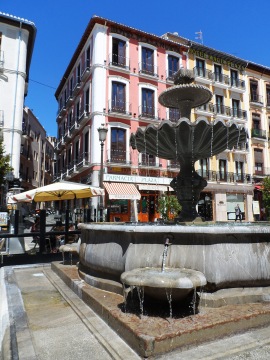 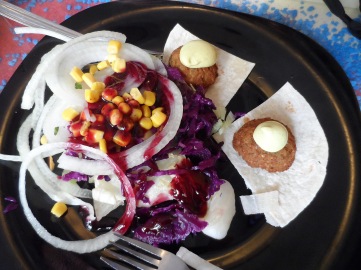 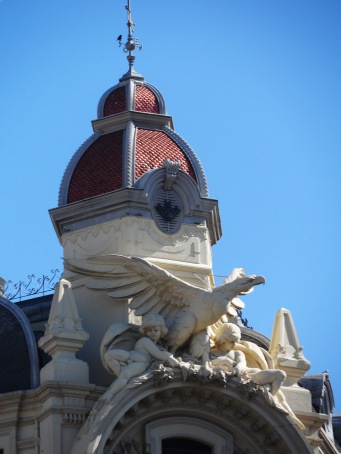 In the evening we went up to the San Nicolas viewpoint. The Alhambra looked amazing and we stayed for over an hour, getting new pictures as the light slowly changed.

The following morning, we explored the Albaicin neighborhood, which was like a labyrinth built on a steep hill. It was a bit tiring and very frustrating at times, but really cute and definitely worth it. 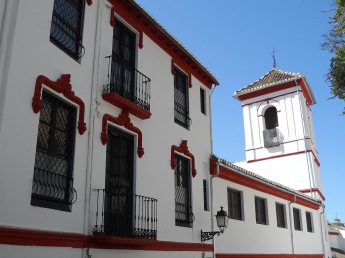 At one point we saw some stairs going up a huge hill, they might as well have led up to heaven. It was starting to get really hot and we were both wearing jeans, but we decided the view at the top would be worth it. So we slogged up the hill, which seemed to keep getting taller and taller with every landmark we reached. Then, finally, we were at the top, at the viewpoint of San Miguel, and Granada was all laid out before us like a painting. It was incredibly beautiful.

What a great weekend! I had a really fun time in Granada and I think I will definitely be returning next spring.

This entry was posted on May 12, 2013 by Erin Elaine in Friends, Photos, Spain, Spain, UNESCO and tagged friends, granada, photos, spain, travel, unesco.