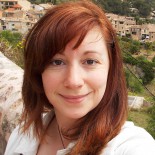 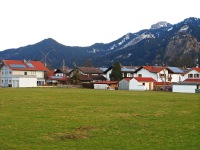 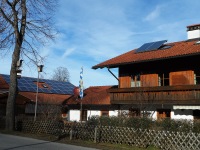 This is just a quick post with the last of my pictures from Germany.

I know to some people this is a pretty boring topic. (You went to Germany, who cares about solar energy, tell me about the beer, sausages, and sauerkraut!)

But to me, seeing the countless solar-panel-covered-roofs whizz by as I sat on the train was really exciting.

More than 6 percent of Germany’s energy needs are covered by home-grown solar power. That is a larger percentage than anywhere else in the world. The German solar industry employs about 100,000 people.

Isn’t that amazing?! Even countries farther south that get far more sunshine than Germany don’t produce this much solar power. Germans seem to be serious about converting to renewable energy. Meanwhile the country with the largest energy consumption per capita is walking blindly towards the cliff with no signs of slowing down. There is no “Planet B”. There are no do-overs. If we don’t make serious worldwide changes soon, our beautiful planet will be a wasteland in a few generations.

Anyway. I just wanted to share these pictures and share some hope for the future. At least one country out there is making a serious effort.