Füssen, Germany; and the castles of King Ludwig II 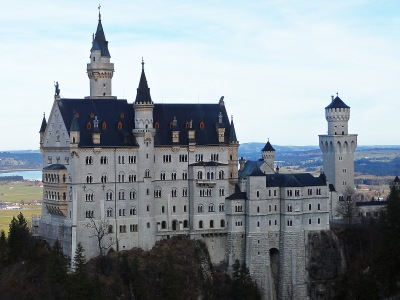 During my 2 and a half days in Füssen, I visited the Neuschwanstein Castle, Hohenschwangau Castle, explored the small town of Füssen, enjoyed some Bavarian cuisine (including a delicious apple strudel) and gazed happily at the beautiful Alps. Living in Madrid has made me appreciate mountains even more than I already did.

This castle was built by “Mad” King Ludwig II of Bavaria. He grew up just a stone’s throw away in the historic Hohenschwangau, and he built Neuschwanstein to be his dream castle.

In a letter he described it as a “proper Medieval castle”, even though that couldn’t be further from the truth. This castle is emblematic of the Romantic style, built purely for show, with superfluous towers and turrets. In fact, Ludwig II had an actual historic castle demolished in order to build his dream castle. He incorporated a lot of state-of-the-art technology such as central heating, electric lights, running water, and a telephone, that make it even more clear that he did not understand what a “proper Medieval castle” was. Construction began in 1869 and continued until Ludwig II’s death in 1886.

He is called “Mad” Ludwig II because he was stripped of his crown due to a supposed mental illness. Was he actually mad? Or was the Bavarian government simply trying to prevent him from spending more money on frivolous castles? No one knows. A few days later, he was found dead in a shallow lake along with his psychiatrist, also dead. After his mysterious death, construction stopped on Neuschwanstein. 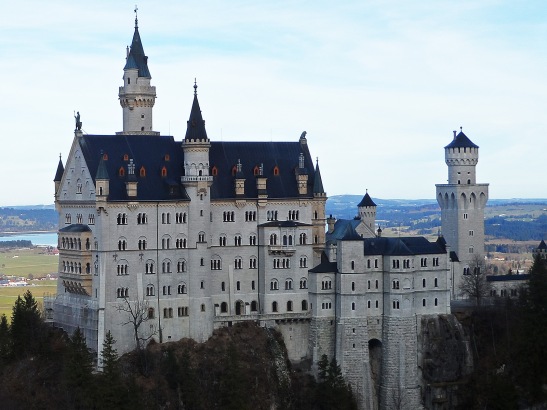 I visited the exteriors, as well as Mary’s Bridge, on the 25th. It is quite a hike up to Neuschwanstein, but it was worth it. Many of these pictures are taken from Mary’s Bridge, a beautiful spot with a perfect, breathtaking view of the castle. If you’re afraid of heights you might not enjoy it. I’m not afraid of heights and I was slightly nervous being up there. But I’m glad I did. 🙂 A delicious apple strudel topped off a yummy Christmas lunch.

On the 26th I saw the interiors of both castles. It is only possible to enter with a guided tour, and they’re really packed. The rooms in Hohenschwangau were especially small, and we could barely pack the whole group in the rooms. The tour of each castle took only 30 minutes because they only showed us about 8 rooms per castle. Neuschwanstein was very luxurious and beautiful inside, but considering the price and how packed the tours were, I won’t be going inside again. In contrast, I only had to pay 7€ to see the interior of the Munich Residence, and there were enough rooms to see that it took me a solid 2 hours. On the other hand, the Munich Residence doesn’t hold a candle to the exteriors or surrounding natural environments of Hohenschwangau and Neuschwanstein. They are truly magnificent. 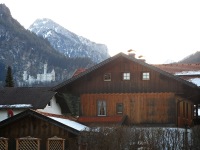 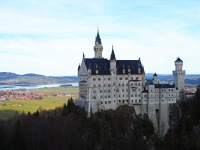 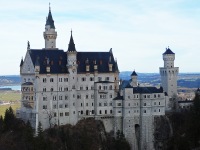 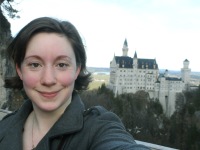 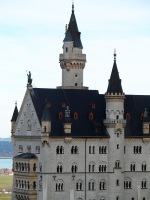 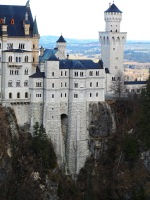 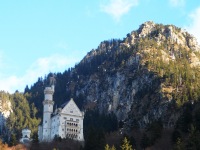 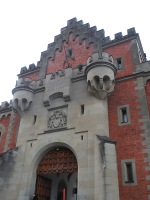 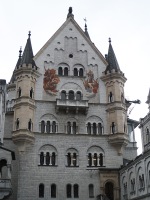 This is the more historical castle. There was originally a medieval fortress here in the 12th century, but it had fallen into disrepair before King Ludwig II’s father, the future King Maximilian II of Bavaria, acquired it and built what we see today. It became the official summer residence of the Bavarian Royalty from 1837 onwards. The winter residence is in Munich, which I visited, and you can see a few pictures from there in my next post. 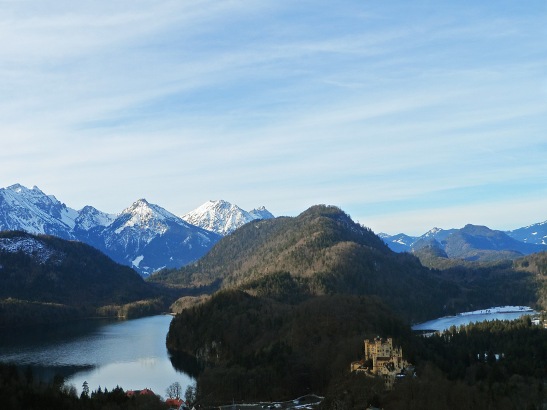 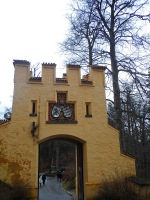 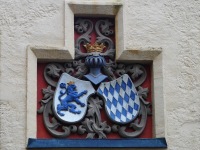 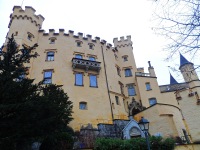 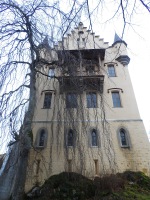 The town of Füssen

Fussen is a very nice town in Southern Bavaria, right next to Austria. Even though everything was closed on the 25th, and on the 26th I was busy seeing the castles, what I got to see of Füssen I really enjoyed. It was nice to wander through the old town and enjoy the Bavarian buildings in the crisp winter air. 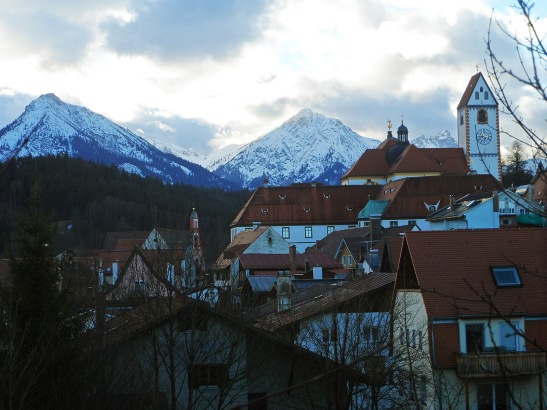 On the 25th I went out to dinner with a nice couple that was staying at the same hostel as me. They were in a similar situation as me, being from Turkey and Hungary respectively, but both living abroad in Ireland. With the Christmas break you might as well travel! We found an Italian restaurant that was open, and I had a yummy blue cheese and spinach pasta with German beer. Yum! 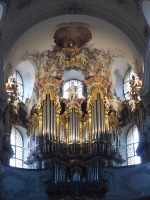 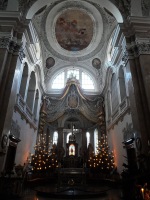 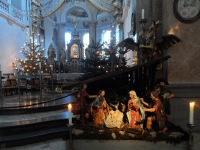 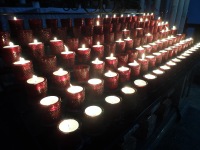 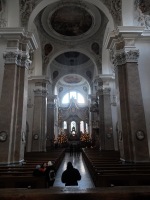 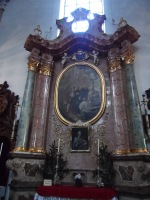 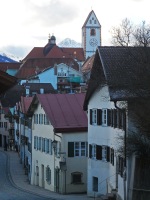 View from the river

I really enjoyed seeing Füssen and the “King’s Castles”. I imagine I will return one day, though next time I might stay just across the border in Austria, just for something different.

Below are the rest of the pictures from Füssen that didn’t really fit anywhere else. 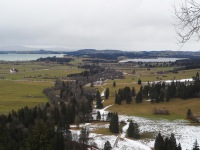 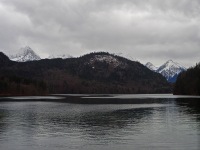 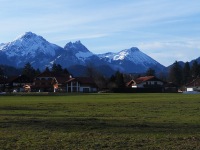 2 comments on “Füssen, Germany; and the castles of King Ludwig II”

This entry was posted on December 28, 2012 by Erin Elaine in Germany, Photos, Travel and tagged bavaria, christmas, füssen, germany, photos, the alps, travel.